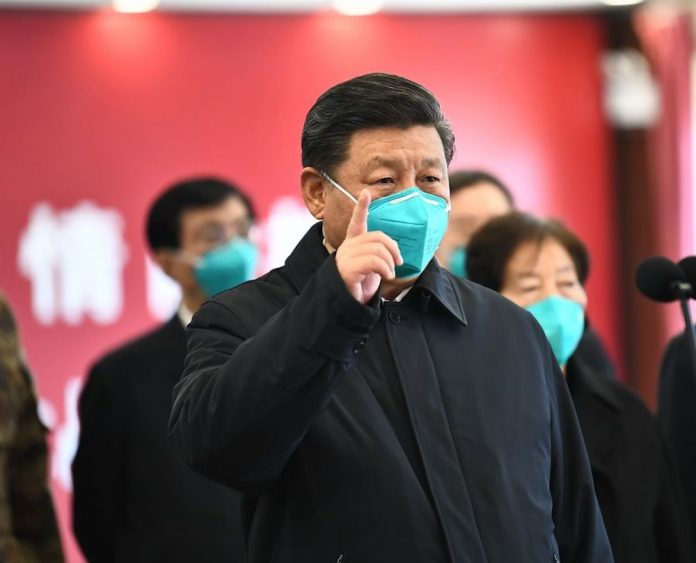 On March 10, President Xi Jinping visited Wuhan at a time when the number of its residents infected with Coronavirus was gradually under control, demonstrating the central leadership amidst an unpredictable nature of the rapidly spreading contagious disease. His visit demonstrated the Chinese leadership’s belief that Covid-19 can be contained, buttressing its power base and legitimacy.

The unpredictable and rapidly contagious nature of Covid-19 has tremendous impacts on many countries in the world. The World Health Organization (WHO) on March 11 eventually named it a pandemic, but the WHO could perhaps have done better by issuing the warning to all countries much earlier.

Given the serious situation in Wuhan city and Hubei province from January to February, Covid-19 is looking like a cluster of hidden bio-terrorist mini-bombs exploding suddenly in different parts of the world, especially those countries where citizens and groups cherish human interactions and close social distance.

Globalization has been taken for granted by most countries as a positive phenomenon without the need to raise the sensitivity of local governments and citizens to take urgent and preventive, including the civic responsibility of wearing masks, the necessity of minimizing social interactions, the swift imposition of lockdowns on affected cities, the requirement of self-quarantines by citizens, and the barring of citizens from affected states and cities to enter their territories. De-globalization is a must to deal with the emerging pandemic of Covid-19.

The ongoing Chinese experiences of containing the Coronavirus have tremendous implications for other parts of the world. Japan and South Korea were originally quite relaxed about the disease, but when Covid-19 was spreading quickly in the two countries, their national governments swiftly adopted the de-globalized measures as mentioned above, even though some local governments and citizens remain too relaxed about Coronavirus.

President Xi Jinping’s visit to Wuhan was highlighted by the Xinhua news agency. It said that Xi had already convened the Politburo Standing Committee (PSC) meeting as early as January 7 to cope with the virus. From January 25 to March 10, six meetings of the PSC were held, focusing on the containment work in Hubei and other places.

To President Xi, the victory of Hubei would represent the national victory. On February 10, he appealed to the front-line medical staff to maintain their morale while ensuring the smooth implementation of providing logistical supplies, such as masks and protective gears, to hospital doctors, nurses and workers. Moreover, he reiterated the importance of separating the infected patients into two main categories: those with lighter symptoms of the disease, and those who are in a critical condition.

Xi’s remarks had implications for how Chinese hospitals and other hospitals in various countries can tackle Covid-19. The makeshift hospitals in Wuhan city aimed at separating different types of patients, diagnosing them more effectively and containing the spread of Coronavirus.

An Italian doctor has recently revealed that, in Italy, hospitals have been overstretched and the Intensive Care Units have been overwhelmed by infected patients. As such, a hard choice on who should go to the ICUs has to be made. The Italian experience shows that makeshift hospitals could not be built within a short period of time, unlike Wuhan where two makeshift hospitals were constructed rapidly within ten days.

However, the Chinese experiences also showed gaps in coping with the new bio-terrorist mini-bombs. Some netizens complained that a female medical doctor, who first leaked out to her students a medical report on the critical conditions of patients infected by Coronavirus on December 30, was reprimanded by senior authorities in the Wuhan City Central Hospital. She was criticized by her seniors as spreading “rumors.” Similarly, eight medical doctors who complained publicly were later summoned and warned by local police.

Recently, some netizens asked why a delegation sent by the central government to investigate the death of Li Wenliang, one of the eight doctors, has not yet released a report. If political leadership includes the judgment of local hospital executives and the ability of centrally-controlled delegations to look into complaints, such leadership can perhaps be improved further.

The existence of central-level leadership in China has not been matched by leadership at provincial and local levels. One day after President Xi’s visit to Wuhan, the city government of Qianjiang suddenly announced that the city would resume its transportation and industrial production, including the automobile industry. Its announcement was quickly cancelled several hours later.

It was speculated that the original announcement was made by a deputy mayor without consulting the Hubei province’s party-secretary Ying Yong. Some observers asserted that the original announcement about the resumption of transport and work was aimed at “shoe-shining” the senior authorities, because President Xi’s visit demonstrated that Hubei province and its cities were almost back to normal.

Yet, the Qianjiang city leadership inaccurately caught the intentions of the provincial and central leaders. Some localities in China are still in lack of leadership. Even if leadership exists at the local level, it follows a common style of governance in one-party socialist regimes, where good news must be produced continuously by localities while bad news must be locally suppressed. The top-down and centralized nature of governance in China exacerbates this pattern of local cover-ups and local blindness in guessing what the central authorities want to hear.

Hence, an ideal type of political leadership in coping with Coronavirus is a mix of decisiveness at the central level and transparent accountability at the local level. Yet, China’s combat against Coronavirus is marked by central decisiveness and leadership on the one hand and local tendency of covering up bad news and yet speculating what central authorities desire. China must address the problem of local maladministration urgently in order to win the battle against Covid-19.

Comparatively speaking, many other countries have neglected the severity of Covid-19, underestimating the rapidity of its spread due to human interconnectedness in the era of globalization. To combat against Coronavirus effectively, the affected countries have no choice but to learn from the bitter lessons of China, Hong Kong and Macau where swift actions from the political leadership is necessary, where adequate reactive, remedial and reactive measures have been taken, and where citizens and groups have been educated to minimize their social interactions and to reduce internal and external travels.

De-globalization is a must for countries in the world to combat against Coronavirus. Because of the unpredictability and the rapidly spreading nature of Covid-19, a global economic downturn appears to be gradual and inevitable.

Yet, if governments in the world can learn from each other, especially the experiences of Greater China where mainland China, Hong Kong and Macau appear to temporarily contain the spread of the disease, it is hoped that Coronavirus will gradually fade away in the coming months. If not, this global pandemic will continue to test whether and how countries reverse and deactivate globalization painfully.