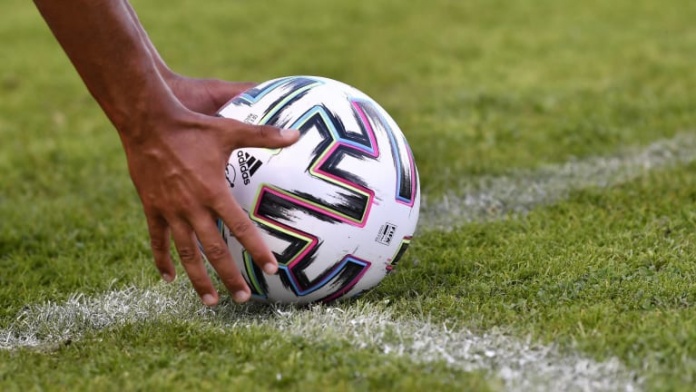 According to the FIFA men’s ranking of football in the world as of late May 2021, China has been ranked 77, far ahead of Chinese Taipei (ranked 141), Hong Kong (ranked 144) and Macau (ranked 182) out of the total of 210 places. If so, what should be done to modernize the development of football in Hong Kong, Macau and Taipei?

Judging from the most recent performance in the second qualifying round of 2022 World Cup in the Asian region, China’s football development is far more advanced than Hong Kong, Macau and Taipei. China defeated the Philippines (2-0), Syria (3-1), Maldives (5-0) and Guam (7-0). It will go into the third round to compete further. Hong Kong was ousted in a group facing strong teams, defeated by Iran (1-3), Bahrain (0-4) and Iraq (0-1), but managed to outrival Cambodia (2-0). Taipei performed in a relatively lackluster way in the second qualifying round of 2022 World Cup; it was defeated by Australia (1-5), Nepal (0-2) and Kuwait (1-2). However, this performance was slightly better than Taipei’s first round during which it was heavily defeated by Australia (1-7) and Kuwait (0-9). The revert to local coaches in the Taipei team appeared to slightly improve its performance, but the recent defeat by Australia and Nepal in the second round demonstrated the local coach team’s lack of international experiences, especially the hesitation and delay in rotating players decisively during the matches. Although four Taiwan players who played in mainland China could not join the national team and constituted one of the reasons for the unsatisfactory performance, overall Taipei’s football remains weak and needs modernization.

Similarly, Hong Kong’s football needs to be modernized quickly. As with Taipei, its national team must rely on some naturalized players who were born in foreign countries like Brazil and Spain. Indeed, China also has several naturalized players born in foreign countries to boost its national team’s performance – a common trend in the worldwide competition of men’s football, especially Asia. Nevertheless, the dependence on naturalized players has demonstrated the relative lack of high-quality local players in many Asian countries and places. The Hong Kong football development is perhaps a prominent example compared with Taipei and Macau.

Macau stands out as the weakest in its men’s football development compared with Hong Kong and Taipei. The controversial management of the Macau Football Association could bee seen in June 2019 when it decided not to send the national football team to play in the 2022 World Cup qualifying match with Sri Lanka on the grounds of safety. Some players were angry with its decision, showing a lack of consultation beforehand. A total of 48 players in the Macau Football League signed their names in protest against the association’s decision. Eventually, the FIFA decided that Macau was defeated by Sri Lanka (0-3) and that the Macau side would be financially penalized. The Macau government analyzed the incident but respected the decision of the association, which would pay for the FIFA fine.

Management emerged as a crucial issue in the recent development of the Hong Kong Football Association (HKFA), whose problematic governance became the focus of the Director of Audit’s report in April 2020. Although the HKFA has recently revamped its leadership, it remains to be seen how the Vision 2025 Strategic Plan is going to be implemented so that good governance can be achieved, football standards can be raised, and financial sustainability will be maintained.

There are several problems in the development of football in Hong Kong, Macau and Taipei: (1) the urgency of grooming much younger players with better skills and physical capability in all the three places, (2) better management on the part of the national association, and (3) most importantly the need for more international and regional matches so that the standards of national player can be improved, and their experience will be enriched. The lack of international and regional matches which can enrich the experiences of younger players is the most glaring problem of the national teams of Hong Kong, Macau and Taipei.

One solution is to form a regional tournament that could have improved the experiences of players and the international standing. The Guangdong-Hong Kong annual tournament can perhaps be expanded to embrace at least Macau, while Macau itself should organize more regional matches with not just Hong Kong but also all the cities in the Greater Bay Area. Before 1971, Taipei football performed well internationally mainly because of the participation of some skillful players from Hong Kong. After 1971, when Hong Kong players no longer represented Taipei, Taiwan’s football development suffered a dip until the l990s when the government encouraged business enterprises to form their sports and football teams.

The youth potentiality in football development has not been fully maximized and utilized in Hong Kong, Macau and Taipei. Apart from the need for rapid development of football competition at the primary and secondary school levels, university teams have not been actively encouraged and integrated into the local leagues of Hong Kong, Macau and Taipei. During the rapid development of football in South Korea in the 1980s, some university teams played an indispensable role.

The Sports Commissioner of Hong Kong has shown his passion and interest in Hong Kong’s national team performance in the 2022 World Cup qualifying round, but more work will have to be done in partnership with the HKFA to make football a mass sport that can promote social cohesion, youth identity and concrete results. Similarly, in Macau, the development of football should be put much higher in the policy agenda of the Macau administration. Macau has some skillful players, including the local Portuguese (especially as Portugal’s football has been performing impressively in the world) whose potentiality has not yet been fully utilized and unleashed.

Apart from the rejuvenation of youth football, the rapid development of local coaches is urgent in Hong Kong, Macau and Taipei. Taipei’s national team performance improved considerably under the coaching of Gary White in 2017 and 2018, when its world ranking rose to 121 – the highest ranking in the history of Taipei’s national football. Hong Kong also relied on foreign coaches to boost its ranking in the past; the famous Korean coach Kim Pan-gon instilled a strong sense of local identity to the Hong Kong players and supporters during his leadership of the national team from 2009 to 2016. Perhaps the forgotten foreign coach of the Hong Kong national team was the Dutch coach, the late Frans Van Balkom, who brought Hong Kong to the last five strong teams in Asia during the 1977 World Cup qualifying competition.

The reliance of foreign coaches cannot really solve the root problems of local football development in Hong Kong and Taipei. Local coaches must be trained, groomed and given sufficient chances to accumulate their experiences. The use of local coaches in the leadership of the Taipei national team is arguably an appropriate step forward, although the most recent matches have showed that they need to gather more international experiences. Even in China, the national team is now under the leadership of a famous former footballer, Li Tie, after the retirement of the famous Italian coach Marcello Lippi.

Finally, local football development in Hong Kong, Macau and Taipei should arguably be assisted by tax incentives. Tax exemption can be granted by the government concerned to business enterprises and private-sector organizations that invest in the formation and growth of local football clubs. In this way, big business organizations can promote the development of football financially, together with good governance of the national football association under the constant scrutiny and active assistance of the government, which should have a strategic plan for the association to realize not only in just five years but also in decades.

In conclusion, the modernization of football in Hong Kong, Macau and Taipei needs to reignite youth interest and participation, reorganize and reform the management of national football association, formulate and implement long-term plans of football development, nurture and groom local coaches, and provide substantial tax incentives for business and private-sector organizations to invest in the formation and growth of local football clubs. There is no shortcut to the path of success, but football modernization remains a good and reliable indicator of sports development, social cohesion and governing capacity of Hong Kong, Macau and Taipei.