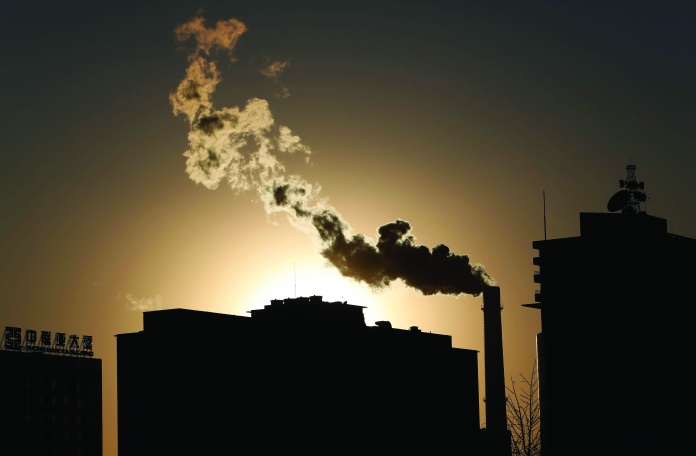 Environmental issues like energy shortage, air pollution, radioactive contamination and global warming have become increasingly severe. They call for an urgent need of appropriate actions and solutions. As a result, a new economic pattern, a low-carbon economy, which aims to cut emissions by promoting energy efficiency and green technical innovation, has appeared. To achieve this, carbon trading is a trend put into practice worldwide.

In December 1997, many countries around the world signed the Kyoto Protocol to deal with global warming. The UK was the first to establish the world’s first national carbon market in 2002. Subsequently, New Zealand, the US, Japan, Kazakhstan and South Korea started carbon market trading one after another. In 2005, the European Union launched the Emissions Trading Scheme (EU ETS) for member countries. By 2019, there had already been 20 carbon market trading systems in operation around the world, and the share of global carbon emissions covered by these markets has doubled compared with that of 2015. The administrative regions of the markets cover about 1/8 of the world’s population and account for 37% of global GDP.

As the biggest developing country in the world, China’s economy has been growing rapidly over the past few decades. In 2011, the National Development and Reform Commission (NDRC) approved seven provinces and cities as pilot carbon exchanges. They included Beijing, Shanghai, Tianjin, Chongqing, Hubei, Guangdong and Shenzhen.

In 2015, President Xi Jinping announced at the Paris climate conference that, a national carbon emissions trading system (ETS) would be launched, covering six key industries, including steel, power, chemicals, building materials, paper and non-ferrous metals. On April 22, 2016, China signed the Paris agreement. On August 31, 2016, the People’s Bank of China, the Ministry of Finance, and the NDRC jointly issued the guidelines on building a green financial system. China promised to reduce its carbon emissions per unit of GDP by 60-65% by 2030 and a recent statement by President Xi indicated that China will reach carbon neutrality by 2060.

Although the outlook to cleaning China’s carbon footprint appears to be quite rosy, a number of countries have been critical of the process being slower than expected. Let us analyze some of the underlying problems and how they might be overcome.

Although China has promulgated some laws and regulations related to environmental protection, they do not clearly stipulate the system of carbon emission rights. It is easy for arbitrage to appear, so the buyer will suffer additional transaction costs and this causes confusion to the market order. And since the laws and regulations of each pilot area are only bound to that particular area and ignore non-pilot areas, trans-regional carbon trading is restricted to a certain extent. In this aspect, pushing a uniform and complete system based on the EU ETS can be a useful reference. So far, the Chinese pilot ETS lacks active trading. As reported by Refinitiv’s assessment report, in 2020, the Chinese pilot ETS (134 million tons and 257 million euros) remains extremely small in comparison with that of the EU (8,096 million tons and 20,357 million euros).

Currently, the carbon allocation methods and judgment standards are different for various areas. For instance, the current trading rules only provide the allocation method in principle, but do not provide the specific standards and methods for free allocation or paid allocation. This creates a lot of leeway between the government and enterprises, which may lead to unfair distribution. Stronger governance guaranteeing higher transparency and fairness is warranted.

Interestingly, some enterprises assume that participating in the government-led carbon trading schemes may increase the cost of emission reduction and reduce profits due to investments in capital facilities. Also, the government’s charging standard for emission rights, or in simple, the carbon tax, is far lower than the operating cost of self-purification facilities. Therefore, enterprises will prefer to pay the penalty rather than purchasing carbon emission rights and participating in the pilot ETS. In this respect, state-led dissemination of the basic ideas of the benefits of carbon trading schemes and sustainable development education as well as the advantages of getting into carbon trading schemes should be necessary.

At present, China mainly participates in global carbon trading in the form of projects through the Clean Development Mechanism (CDM). According to the United Nations Framework Convention on Climate Change (UNFCCC), the distribution and development of emission reduction projects in which China participated in 2019 are shown in the figure below. China has participated largely in hydropower and wind power programs while there are opportunities to participate in other areas as well. As mentioned previously, China’s 2020 ETS in terms of volume and monetary amount had reached barely over 1.5% of that of the EU, there appears to be abundant space for the country to contribute to various other CDM projects.

Actually, CDM projects promote the development of renewable energy, reduces the use of fossil fuels and promotes the reduction of carbon emissions, which are all conducive to environmental protection. Therefore, the continuous promotion of CDM projects needs stronger support from the central government. Streamlining legal requirements among the pilot areas and eventually radiating them over the whole country, enhancing governance and transparency and taking into account the experiences of international ETS are some suggestions for advancing the current carbon trade practices in China. 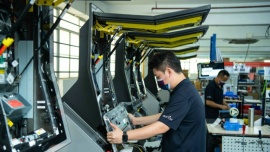 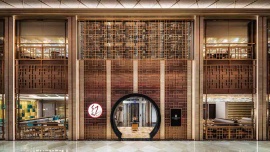 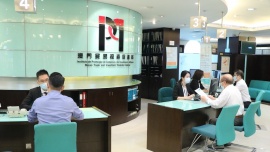