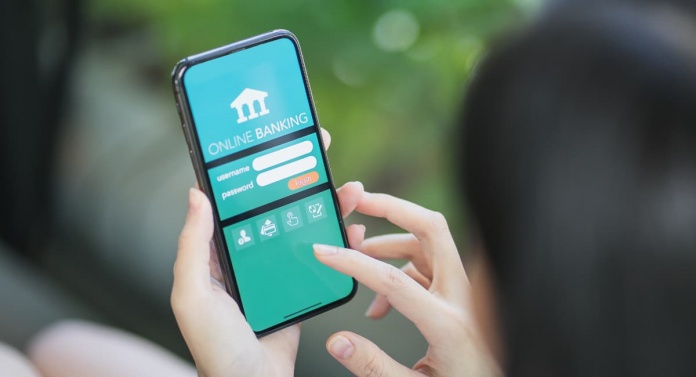 It is commonly believed that the development of virtual banks will promote FinTech and innovation and offer a new kind of customer experience by helping to promote financial inclusion, since neobanks normally target the retail segment, including the small and medium-sized enterprises (SMEs).

Even though some people use the term “virtual banking” as a synonym of “digital banking”, there is a difference between them: digital banks are often the online-only arm of a bigger player in the banking sector, whilst neobanks are completely digital, existing independently to traditional banks (even though a neobank may be backed by a traditional bank).

In other words, digital banking refers to those digital services offered to us by traditional banks, while neobanks or virtual banks are new banks that exist only online and, for example, do not have any physical branches of any sort.

It is no longer possible for banks to keep offering the same services that they have been offering for decades without adapting to the current times. Ideally, virtual banks should be faster, more efficient and operate at a much lower cost structure than traditional banks, since there is less expenditure on property rent and manpower.

There is no doubt that virtual banks are thriving throughout the world. There are multiple reasons behind this, such as the cost of smartphones and data continuing to fall, regulatory attitudes are changing and evolving, the pandemic is further accelerating the adoption of digital as the primary form of interaction…

As explained in the report “Digital Challenger Banks: A Desire, A Dream, A Vision” by the Singapore FinTech Association, Boston Consulting Group and BCG Expand FinTech Tower (November 2020), since 2015, there has been a 200% increase in the number of neobanks globally, of which 45% are in Americas, 35% are in EMEA and 20% are in APAC.

Still according to this report, generally speaking, regulators are increasingly active in bank licensing, facilitating the entry of new players.

Despite APAC not being yet the region where we can see a bigger increase in the number of virtual banks, this region, especially Southeast Asia (same as South Asia, including India, Pakistan and Bangladesh), offers many opportunities to neobanks, since South East Asia is home to an unbanked population of more than 290 million people.

In Southeast Asia, only 18% of the population has access to credit, lower than the proportion of digital-ready population (37%) based on World Bank Global Findex data. This undoubtedly provides a supportive environment and impetus for consumer lending to catch up as income levels rise.

In this article, I am going to focus on the current situation of virtual banks in Hong Kong (and Macau), and Singapore.

Over these last few years, Hong Kong has been developing itself into a leading FinTech hub. One of the areas boosting the pace of digital transformation is that of virtual banking. In March 2019, the Hong Kong Monetary Authority (HKMA), Hong Kong´s de facto central bank, announced the issuance of the very first virtual banking licenses. This came after the publication by the HKMA of the “Guideline on Authorization of Virtual Banks” in May 2018.

Hong Kong´s eight virtual banks are a key pillar for the coming smart banking era and are a clear example of how digital transformation has become a top priority.

These 8 virtual banks have several elements in common, such as the fact that all of them commenced operations in 2020, and also the fact that the eight are backed by key players in the areas of finance and technology. In this sense, for example, Ant Bank is wholly owned by Ant Group, Mox Bank has been created by Standard Chartered in partnership with PCCW, HKT and Trip.com, Fusion Bank is backed by Tencent, ICBC’s Hong Kong unit, HKEX, Hillhouse Capital and Perfect Ridge…

Regarding the neighbouring Macau, this region, more than ever, is in a perfect position to take the opportunities offered by virtual banking. Even though many people still (wrongly) think of Macau as just a gaming hub, the truth is that the former Portuguese colony is attempting to diversify its economy and become competitive in many more areas.

So far, only 2 virtual banks operate in the region: Ant Bank Macau, launched last year, and the Macau Development Bank. The Financial System Act, passed in the 1990s, does not specifically set out rules for virtual banking business, but lenders are allowed to conduct online business.

Singapore´s move towards FinTech is not new either. In 2014, Prime Minister Lee Hsien Loong announced plans to make the city-state the world’s first ‘Smart Nation’ by 2030, using technology to improve the economy and enhance the standard of living. In this sense, one of the three pillars of the Singapore Smart Nation Initiative is the digital economy.  As part of the country’s drive to efficiency and productivity, the Ministry for Communications and Information announced plans in May 2018 to digitize every business and every industry.

The Monetary Authority of Singapore (MAS), Singapore’s central bank and financial regulator, is also helping to create a ‘smart financial center’ where technology is used to increase efficiency and create more opportunities.

As part of the first digital banking symposium held in Singapore in early November, the Singapore Fintech Association (SFA), Boston Consulting Group and Finastra unveiled their report “Southeast Asia: Coming of the Digital Challenger Banks”, in which the current status and future opportunities of neobanks and challenger banks in Southeast Asia are analyzed.

The report notes that upcoming Digital Challenger Banks in Singapore have a tremendous opportunity across the broader SEA region, which is set for strong economic and demographic growth in the coming decade. By 2030, the gross domestic product of Asean-5 – Indonesia, Malaysia, the Philippines, Singapore and Thailand – is projected to reach US$4.3 trillion. This will make it the world’s sixth-largest economic bloc.

On December 4, the Monetary Authority of Singapore (MAS) announced four successful digital bank applicants in the end: 2 DFBs (digital full bank) and 2 digital wholesale bank licenses (DWBs), being one of these two DWBs an entity wholly owned by Ant Group. Out of the 21 applications filed, 14 of which were initially shortlisted, and 4 successful applicants were just announced by the MAS.

According to the MAS, the successful applicants must meet all relevant prudential requirements and licensing pre-conditions before MAS grants them their respective banking licenses. MAS expects the new digital banks to commence operations from early 2022.

It is also worth noting that three Chinese tech giants were initially competing for these DWBs in Singapore: Ant Group, but also Xiaomi and ByteDance. Ant Group applied for the license alone, while Xiaomi (with AMTD) and ByteDance lead respective consortia, showing us that these digital bank licenses in Singapore are also of interest to Mainland China companies.

The idea behind these digital banking licenses is to open up the market for the benefit of lower customers’ costs and to allow underserved segments to be targeted by the new entrants.

Virtual banks are blossoming all over the world, since it is no longer possible for banks to keep offering the same services that they have been offering for decades without adapting to the current times

In Hong Kong, virtual banks may not be so important when it comes to promoting financial inclusion, since the amount of underbanked people is low, but the 8 existing virtual banks are a key pillar for the coming smart banking era and are a clear example of how digital transformation has become a top priority.

In Singapore, same as in Hong Kong, the unbanked populations is small, but, nonetheless, the upcoming virtual banks will open up the market for the benefit of lower customers’ costs and to allow underserved segments to be targeted by the new entrants.

Neobanks definitely have a huge opportunity to grow in the whole of Asia while adding value to the societies of the respective countries by helping them to promote financial inclusion.