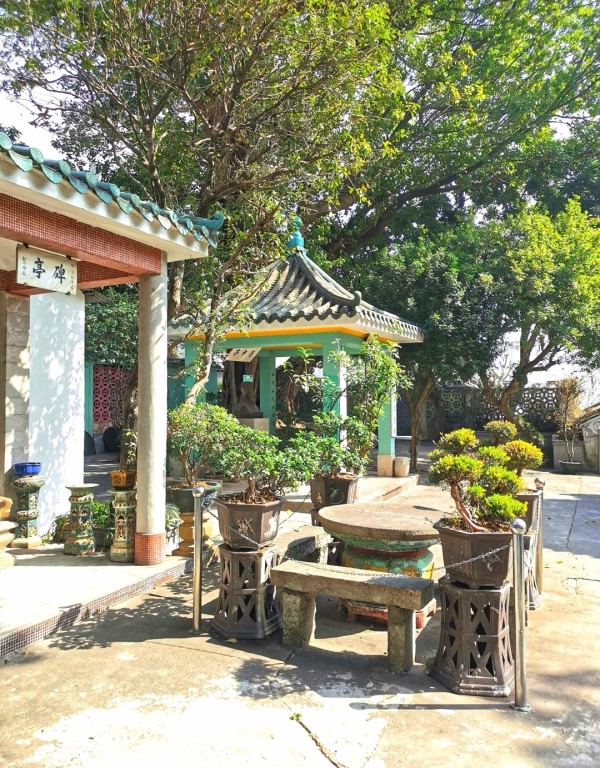 Inbound visitors in Macau are often attracted by popular destinations such as the Ruins of Saint Paul’s, the A-Ma Temple, or the grand hotel resorts. These are no doubt must-sees, but some less-visited scenic sites in town also deserve attention and promotion because they feature Macau’s significance in modern Chinese history and may attract more tourists if their uniqueness can be effectively showcased.

The Kun Iam Temple, located near the Mong-Há  Hill in the Macau Peninsula, houses the venue where the first treaty between the United States and China was signed in the late Qing dynasty[i]. Aligning with the Treaty of Nanking that Britain signed with China after the first Opium War, the Treaty of Mong-Há was concluded in 1844 by Caleb Cushing (the first American envoy to China) and Ki Ying (the Viceroy of Canton) in the serene backyard garden of the Temple. Current on-site introduction to this important historical event seems to be somewhat limited. A museum could be established for visitors to know the particulars of this early East-West encounter.

In the Historic Center of Macau, there is a small chapel named after Robert Morrison (1782-1834), a pioneer British missionary in China. In 1839, the Morrison Education Society School was established in Macau to commemorate him. This school is often considered the first modern school in China, and it nurtured a critical historical figure, Yung Wing, who received his early education in Macau and later became the first Chinese to graduate from a North American university.

In the early 1870s, he persuaded the Qing government to dispatch the first contingents of young Chinese students (120 in total) to receive formal education in the United States, and these students later made remarkable contributions to the modernization of China[ii]. The specifics of the early influence that Macau cast upon Yung Wing and the traces of the Morrison School are little known to tourists today. Recently, the Zhenxian School, founded by Yung Wing for his home village in Nanping, Zhuhai in 1871, has been renovated into a pleasant museum, featuring the 120 Chinese students. The museum slightly highlights Yung Wing’s education in Macau, which could be expanded through work on the side of Macau.

Dr. Sun Yat-sen, the founding father of modern China, is also closely connected with Macau. After graduating from the Hong Kong College of Medicine (now part of the University of Hong Kong), he worked at the Kiang Wu Hospital in Macau. In the early 1890s, he secured a loan from the Hospital for establishing the Chong Sai Pharmacy, which is considered to be the shophouse located at No. 80, Rua das Estalagens, Macau. This was one of the earliest pharmacies offering Western medical services in Chinese history[iii]. This shophouse has been restored as a fine museum with a general exhibition in commemoration of Dr. Sun and shelves of books regarding him for public reading. Through these resources, visitors can gain insight into Dr. Sun’s early career in Macau and how the local community supported his career.

Heritage tourism provides an entertaining travel experience for people to understand the world’s past and present; thus, it has been a vital component of formal education in contemporary China. As a critical region in China’s Greater Bay Area (GBA) that has close bonds with its neighboring cities, Macau could take more advantage of its abundant historical resources for supporting education in the GBA, and these less known yet historically significant attractions in Macau may potentially become as popular as tourist destinations like the Opium War Museum in Dongguan or the Museum of Dr. Sun Yat-sen in Zhongshan. Locally, they can also support the SAR government’s efforts on Macau’s youth education[iv].

October 8, 2022
The balance of on-lending loans for smaller banks issued by the Export-Import Bank of China...
Load more