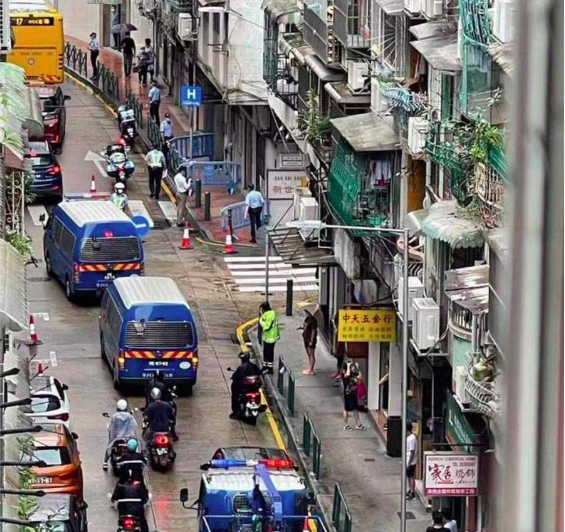 Health authorities have revealed that a local couple already inside the SAR borders has tested positive for Covid-19 after a rapid viral nucleic acid test and were placed under medical observation.

The couple had already returned to Macau yesterday and after being notified local authorities tested them again, with their preliminary tests coming out positive. Both have been taken for further diagnosis and treatment at the Conde S. Januario Hospital.

Netizens online have reported a large police and health apparatus in a residence near Kiang Wu Hospital today.

The husband recently travelled to Zhuhai and Zhongshan, while the wife has no history of travel outside of Zhuhai. The couple’s daughter however has visited Xi’an during July 19-24.

The government confirms the husband, aged 51, works as a driver for the health centres at Seac Pai Van and Coloane under the Health Bureau, while the wife is a staff of a fruit vendor on the ground floor of Edf. Wing Fat, Rua da Emenda 2-CA.

The residents at the same building as the couple will be given a ‘red’ Health Code, while the health centres at Seac Pai Van and Coloane will be closed for sanitisation.

The fruit vendor, where the wife works, was forced to suspended business, while the Municipal Affairs Bureau sanitises the district.

The government urges residents not to leave the city unless it is necessary, adding that people are only permitted to leave the border with a valid negative nucleic acid test within 24 hours starting from 3:30 pm today.

September 16, 2021
The Regional Comprehensive Economic Partnership (RCEP) is "crucial and timely" amid the joint efforts of...

September 16, 2021
Three people were confirmed dead and 60 others were sent to hospital after a 6.0-magnitude...
Load more