Macau (MNA) – A 27-year-old male was arrested for using the national flag and symbol of Macau on a booth promoting online gaming, according a representative from the Judiciary Police (PJ).

The man had claimed that he was using the Macau logo and flag to promote the entertainment segment of his company.

However, it was found that he was not in possession of a casino license and as such is being investigated for fraud.

The PJ representative had failed to confirm with MNA at the time of writing if this was the case linked to a current investigation of 2019 G2E Asia.

Earlier, the Gaming Inspection and Coordination Bureau (DICJ) had confirmed with MNA that the reason why bureau head Paulo Martins Chan had been absent from the conference was due to an investigation on the promotion of illegal online gaming. 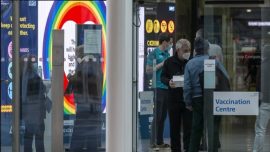 January 18, 2021
The Hospitality and Tourism Sector has experienced a drastic downturn where multiple ‘New Norms’ are...
Load more