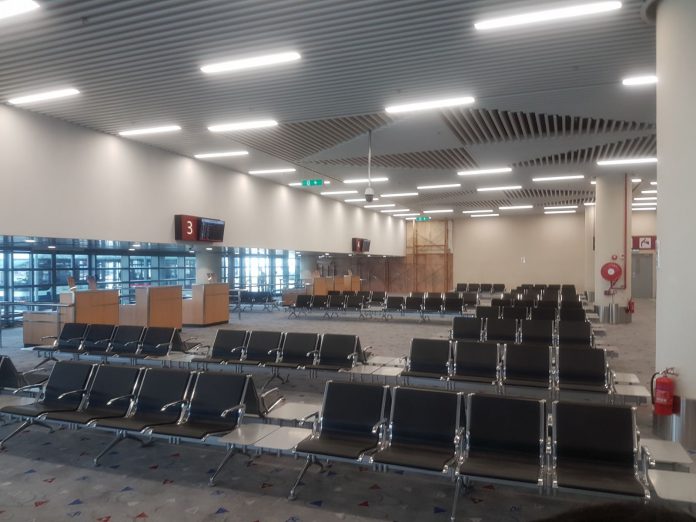 The north extension area will add 14,000 square meters of space, one additional boarding bridge and four remote boarding gates to the airport, increasing terminal capacity to 7.8 million per year.

CAM has recently announced it estimated the airport will receive some 7.38 million people and 39,000 tonnes of cargo transport as well as to record 60,000 flight movements in 2018.

The north extension will also include five spaces for retail and food & beverage businesses, which won’t be available to passengers upon opening, with the respective tender to be open for candidates until the beginning of March.

Although no candidates are yet known for the business spaces, CAM informed traditional Macanese retail or F&B businesses, will be given priority in the tender, in order to introduce more local specialty products to visitors.

The construction of the north extension took two years to build with the public contacting for the south extension to start in the first half of this year.

The extension is part of the airport’s Passenger Terminal Building (PTB) optimisation, with works in 2017 having included changing sun control window films in the departure lounge in order to block UV light more efficiently to save energy from air conditioning systems.

Additional boarding counters have also been installed in front of the boarding gate, with the airport now having 18 boarding counter available, while a new baggage handling system in the arrival hall was introduced to reduce baggage recovery time and provide a more spacious environment.