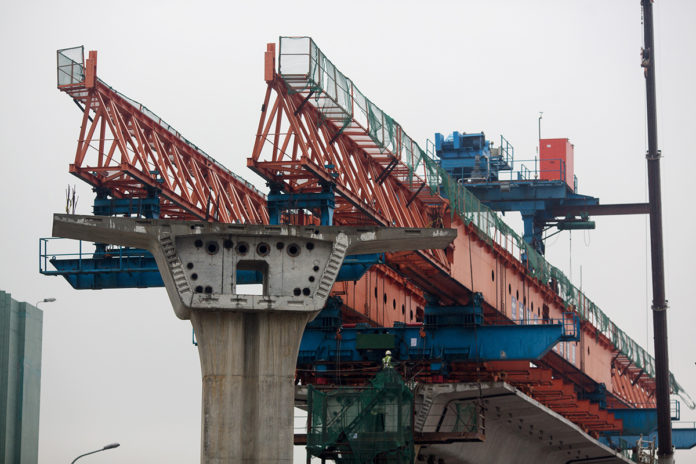 Macau (MNA) – The Commission of Audit (CA) has released a report on Thursday criticising the major delays faced by the construction of the Light Rail Transit (LRT) project by the Office for Transport Infrastructure (GIT), for which only 44.28 per cent of the first phase has been completed as of December 2017.

The Taipa Line is scheduled for completion in 2019, but as of December 2017, only 9.3 kilometres or 11 stations have been completed.

According to the report, while five routes have been planned for 2026, no date had been given for the remaining medium and long-term routes.

By December 2017, only eight routes were updated with an estimated budget of MOP10.8 billion. In addition, the GIT was given MOP13.2 billion, for which three of the major contracts were modified or terminated resulting in losses of some MOP1.73 billion.

Moreover, it was originally promised that the GIT would be dissolved in 2017 to be converted into a private company which has yet to materialise.

The CA slammed the project management surrounding the delayed lines, pointing out that it is standard industry practice to inform of delays that affect LRT lines within 28 days of which a delay is known about.

There are also relevant details in legislation that show that contractors are obligated to inform of delays within five days of an incident.

However, this was not the case as the contractors only informed of such incidents within a six-month period.