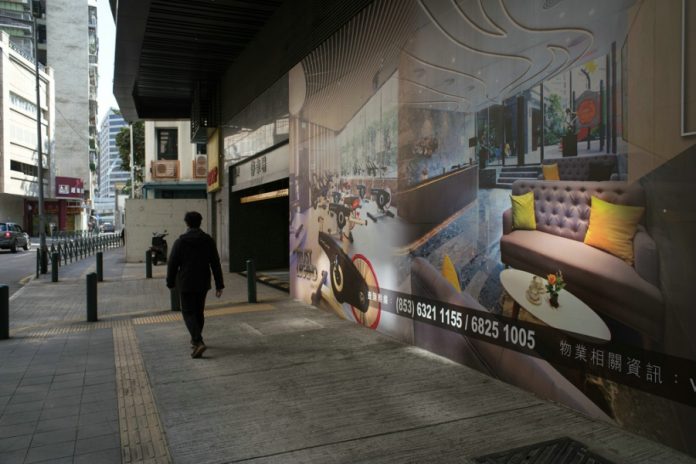 Many felt in the past that Macau had an excess of financial reserves and that it was destined to keep on piling up budget surpluses, without other objectives. In the end, the rainy-day fund came to the rescue in 2020. How will 2021 be?

During the presentation of the Policy Address for 2021, Ho Iat Seng surprised those who heard it saying, “As time goes by, the pressures on employment and the lives of the population will gradually increase; deep problems and conflicts will arise, previously covered by the accelerated economic growth, and the population needs accumulated over the years will become more pronounced.”

It was probably the first time that a Chief Executive in these 20 years of MSAR went to the Legislative Assembly to warn that in a worst-case scenario Macau could see “deep conflicts.”

With the exception of the first two months, Macau’s economy has gone underwater.

And if, at this time, it is still too early to have an accurate notion of the impact of the pandemic on the economy (something that may take months or even years), it is, for example, possible to realize that the three months to 30 June 2020 were labelled by investment bank Morgan Stanley as the “worst quarter ever.”

The contraction of the economy reached astronomical values (see the most recent forecasts in this text; forecasts that the various entities have already updated more than once in 2020), and it is not surprising that Ho Iat Seng has warned the population: “The pace of economic recovery will remain slow, causing most sectors and small and medium-sized enterprises to continue to experience economic difficulties.”

Once the impact of the epidemiological situation of the coronavirus on this year’s Macau economy will be “severe,” everybody knows “Government revenues will fall significantly.” For this reason, Chief Executive warned that public services must “spend only when they need to.”

Despite this dark scenario, there has been – until now – no significant increase in the number of unemployed or bankruptcies among small and medium-sized enterprises.

The explanation, at least partial, is the successive aid packages that the government has been introducing into the economy, covered by excellent financial health: MOP144.4 billion in basic reserves and MOP433.2 billion in surplus reserves, not counting the Social Security System, which, in addition to the tax reserve, guarantees a solid financial situation.

Once there were estimates that this year’s local government deficit could reach an amount between MOP30 billion and MOP48 billion; an assessment in line with the estimate made by Secretary for Economy and Finance Lei Wai Nong, that the local coffers could record a deficit exceeding MOP40 billion in 2020, it was necessary to go to the reserves to seek a total amount of MOP42,6 billion to finance current and extraordinary expenses and economic stimulus packages, the result of three proposed budget changes all over the year.

The budget for 2021 also foresees an extraordinary injection of MOP26.6 billion from the financial reserve to counter the deficit accounts, due to the increase in expenditure on public works and the loss of revenue from gambling tax.

However, Richard Qiu, Faculty of Business Administration, University of Macau, warns: “As the pandemic continues at the global level, more and more people (especially those in tourism sector, service sector, and related ones) will run into trouble. Many small and medium enterprises will face the challenge of capital chain rupture and some of them may eventually break.”

Professor Qiu, Department of Integrated Resort and Tourism Management, adds: “Longer lockdown/travel bans would lead to more severe problems, so that the government needs to find a balance between safety in a pandemic and economic benefit.”

“This will be a hard choice for the government, and I believe the government will take a certain degree of blame whatever they do (because the choices will simply not make everyone happy). However, I also believe that it is the government’s duty to take some burden (at least some blame) during this desperate time,” said this Macau-based scholar before the Policy Address.

There is an old myth that the Chinese symbolize the idea of crisis with two characters that mean danger but also opportunity.

If we look at what happened in 2008, it is clear that it was in the aftermath of this financial crisis that the price of housing fell for the last time in Macau (2009).

It is therefore possible to anticipate a drop in the price of real estate, following the deep recession that Macau has experienced in 2020.

The first data, from May, showed that there was a tendency of a fall in the rent of the housing fractions, most likely due to the decrease in the number of non-resident workers. Jones Lang LaSalle estimated this drop to be between 10 per cent and 15 per cent this year.

Real estate agency Centaline estimated last September that housing prices in Macau will drop by between 2 per cent and 3 per cent in the whole of 2020 and that sales volume will decline by 10 per cent.

Thai PM faces no-confidence debate inside and outside parliament

Thai PM faces no-confidence debate inside and outside parliament