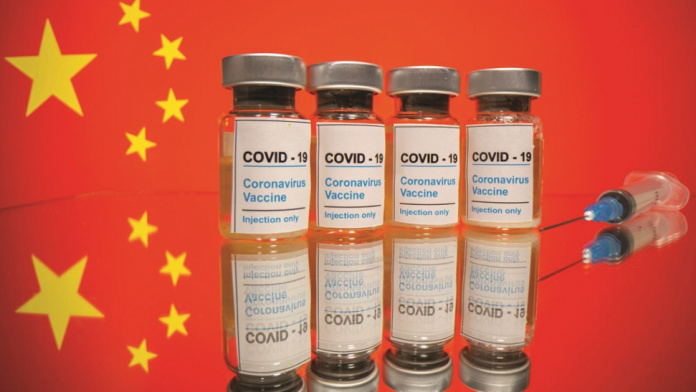 Millions around the world are grateful for Chinese vaccines

During the electoral campaign that led to his presidency of the United States, John F. Kennedy tirelessly repeated the idea that the Chinese word for “crisis” is composed of two characters, one representing danger and the other, opportunity.

As several sinologists later explained, JFK was not 100 per cent correct. Though it’s true that the first character 危 (wēi) does indeed mean “dangerous” or “precarious”, the second has a number of meanings. The character 机 / 機 (jī) in isolation does not in fact mean “opportunity”, but something more like “turning point”.

Nevertheless, Kennedy’s messaging established a cliché now widely used to promote the idea that the Chinese are adept at turning a crisis into an opportunity.

The nation’s actions in the fight against the Covid-19 pandemic provide more reliable evidence that this characterisation is correct: according to data released by Chinese President Xi Jinping at the APEC Informal Economic Leaders’ Retreat China (July), China has provided more than 500 million doses of vaccines to other developing countries and promises to provide another US$3 billion in aid over the next three years to support COVID-19 response and economic and social recovery in those countries.

Additionally, China has financed the founding of an APEC Sub-Fund on Combating COVID-19 and Economic Recovery which, as Xi said, “will help APEC economies win an early victory over COVID-19 and achieve economic recovery.”

Finally, Xi also established that China supports waiving intellectual property rights on COVID-19 vaccines and will work with other parties to push for an early decision on this point from the World Trade Organization (WTO) and other international institutions.

In other words, though the pandemic originated in China, with Donald Trump even branding it the “Chinese virus”, China knew how to turn things around, becoming a world reference in its domestic – but above all global – efforts to combat the pandemic.

A report released this year, authored by Amrita Narlikar, President of the German Institute for Global and Area Studies, Professor of International Relations at the Faculty of Economic and Social Sciences of the University of Hamburg, and Senior Fellow at the Observer Research Foundation (India), explains the problem. In Holding Up a Mirror to the World Trade Organization: Lessons from the COVID-19 Pandemic she writes: “Even as Western manufacturing companies (AstraZeneca and Pfizer-BioNTech) have struggled to fulfil contracted preorders in the Global North, countries in parts of the Global South have had to turn to Chinese and Russian suppliers (their alternatives constrained, in part, by the WTO’s rules on TRIPS).”

According to Bridge Consulting’s August data, 36 African countries have already received vaccines from China, through sales or donations. However, Morocco, Algeria, Egypt and Zimbabwe account for 76 per cent of those deliveries, amounting to 32 million doses. Some people are calling this vaccine diplomacy.

Amrita Narlikar adds, “Amid mask shortages and bilateral deals to acquire desperately needed drugs and equipment, the pandemic has revealed that the weaponization of interdependence can have life-or-death consequences. And the WTO has failed to keep up with these changing ground realities.”

China, for its part, has been at the forefront in defence of the lifting of patents, even though it is one of the world’s largest vaccine producers. “Production remains highly centralised – about 75 per cent of this year’s vaccines appear set to come from five WTO members: China, India, Germany, the United States and France,” WTO Director-General Ngozi Okonjo-Iweala said recently.

Thus far WTO countries have failed to agree on a proposal to suspend intellectual property rights on Covid-19 vaccines, despite support for the move from the US under Biden, as well as from China and India, among many other countries.

The WTO has led talks, but the body was unable to reach a consensus following nine months of discussions on what WTO spokesperson Keith Rockwell called a “very emotional issue”: “there’s no way they’re going to stop discussing this. It’s too important.”

Faced with an international impasse, China has not been idle.

After all, turning a crisis into an opportunity is indeed part of the Chinese mentality, as two very popular, and authentically Chinese, sayings attest: “A crisis is an opportunity riding the dangerous wind” and “When the winds of change blow, some people build walls and others build windmills.”

November 29, 2021
The recent police operation surrounding the top management of junket operator Suncity will drive even... 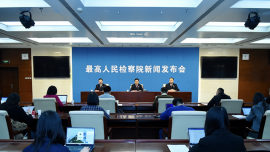 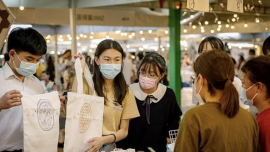