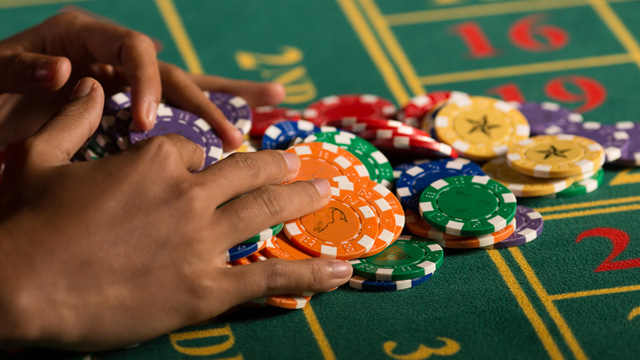 The content of the gaming law amendment bill signals a break with the past and a game changer in several ways, two legal experts told Macau News Agency (MNA).

The draft bill was published yesterday (Tuesday), following an announcement by the Executive Council on Friday which was seen as positive by analysts and led to a surge in casino stocks. Following Friday’s announcement all Macau gaming operators expressed support to the bill.

The draft will be up for first-reading debate and vote next week, on January 24 (Monday).

The amendment proposal introduces several changes to the legal and regulatory framework in effect since Law No. 16/2001 – “Legal Framework Legal framework for the operation of games of chance in casinos” – came into force.

Legal expert António Lobo Vilela worked in the Government team in charge of drafting the law back in 2001 and also as an advisor to the Commission of the first public tender to grant casino concessions.

Mr Lobo Vilela, who served as an advisor to the Secretary for Economy and Finance between 2016 and 2020, says he regrets that “the city’s long history of legalized gambling culminates in a poorly drafted law proposal”, while stating that “the government in so many years has not created the critical mass in this still so important area”.

On the whole, the legal expert and consultant underscores that the bill indicates “a cut with the past”, by shifting the focus away from development to readjustment in terms of the industry size. “We had a development phase, and we are now going to witness an adjustment phase, that is set to be translated in the downsizing of the industry”, said Mr Lobo Vilela, who preferred to wait for content of the draft bill to be published before making any remarks.

The limitations to be imposed can be seen in a number of proposed measures such as the new cap arrangement on gaming tables and slot machines, the  requirement that casinos must be located in properties owned by the concessionaires and reversible free of charge to the Government at the end of the concession period, the introduction of a mechanism for determining the gross gaming revenue of each gaming table and machine or the prohibition of revenue sharing arrangements which may lead to the end of satellite casinos, underlines António Lobo Vilela, author of the four-volume work “Macau Gaming Law: Annotated with Comments”.

Another Macau-based lawyer, Pedro Cortés, managing partner of law firm Rato, Ling, Lei & Cortés, considers the draft a “game changer to the extent that finally the Macau Government approaches seriously the diversification of the economy and the sustainable development, limiting the industry in terms of weight in the economy”.

However, Mr Cortés, who has been doing research on the industry and publishing legal articles on gaming-related matters, questions whether this is the best approach “given the current status of the economy”.

For Mr Cortés, the increase of the duties of the concessionaires and oversight of the Government are the main takeaways of the bill and were already present in the consultation document. This is reflected in provisions such as the interim review every three years of the concessionaires’ accomplishment of the contractual obligations. “The increase of social responsibility of the concessionaires – not that they haven’t been corporate responsible in the past – with a specific provision for that purpose seems to be also very important for the sustainable development”, Pedro Cortés adds while stressing that “another main feature that should be praised is the fact that responsible gambling is now elevated to law in line with other golden standard jurisdictions”. He also regards the stricter suitability criteria of those involved on the industry as “a point to be applauded”.

When looking into the new corporate social responsibility requirements, Mr Lobo Vilela notes that “the government seems to be prepared to ask much more from the new concessionaires, namely on CSR (which in some cases are fundamental public tasks that should be in the purview of the government), when all indicates that they will be earning much less”.

Once the bill is approved at second reading by the Legislative Assembly and published in the Official Gazette – thus coming into effect – all eyes will be on the public tender to award the gaming concessions, which can be up to six according to the draft proposal. In this respect, António Lobo Vilela asks: “What public interest is there in opening a public tender if the current six operators are to be maintained?”.

He further questions “with 10-year concessions, who would come to invest in brick and mortar”, while considering questionable the consistency of the maximum 10-year term – with a possible 3-year extension under exceptional circumstances – with the almost 25 years granted to Macau Jockey Club in 2018. As for who will be bidding for the concessions, under the current situation and conditions “if we were back in 2001, probably no more than a few second-rate companies would come to the tender”, he considers. However, “the current six operators will have to go to the game as they are loaded with properties with no value if they cannot operate casino gaming”, he adds.

Another point raised by the gaming law expert concerns what is mentioned in Article 50 regarding the dissolution of the concessionaires. Mr Lobo Vilela says “it doesn’t make sense to require the dissolution of the companies when they fail to secure a concession, as a change of business scope of the firm would serve the same purpose, but worst than that is the legal aberration of the provision stating that qualified shareholders and directors are jointly liable for all debts of the concessionaire including the gaming chips in circulation”. This, according to the lawyer, “attempts against the very nature of a company, which is to limit the liability of their shareholders. Who will want to be a director or key shareholder of a concessionaire under these terms?”

On the other hand, Mr Lobo Vilela notes that the bill contains a number of positive features for the industry. Firstly, the bill unclouds the horizon: “A good thing about the law is that finally, one knows with clarity (in some cases with some clarity only) where the government intends to go and how it plans to frame the new gaming public policy”. Some of the “provisions that stem directly from the new public policy reflect political choices”.

Another positive feature highlighted by Mr Lobo Vilela is the adoption of the long-awaited administrative infraction regime. “This is positive and significant as we have for the first time a regime of this kind, although somehow shy when it comes to the amount of the penalties”.

António Lobo Vilela also welcomes the provision on gaming chips although even more important would be to set minimum reserves for the outstanding gaming chips, he notes.

When it comes to the rationale behind the amendment proposal, Pedro Cortés highlights the very first article of the bill concerning the main objectives at stake, which are spelled out in Article 1. “We understand that what the Government intends with the revision of the Macau Gaming Law: safeguarding the national security and Macau SAR, diversify the economy and the sustainable development of the economy and limit the dimension and operation of the casino games”.

Also addressing the the main policy objectives of the law amendment, in remarks to the Chinese language newspaper Macao Daily News, the chairman of the Macau Economic Association, Liu Zhiyi, said that the gaming industry in Macau is a very special industry, as Macau is the only city in the country where gaming activities are legal. It is thus necessary to incorporate the gaming industry into the conditions of  security for the nation and also Macau SAR, he said.

All in all, Mr Cortés sees 2035 as a key milestone. “Just make the math: 2022 plus 10 years plus exceptionally another 3 years will put us in 2035 – for the gaming industry”. And 2035 is the year the joint development of Hengqin and Macau is set to be translated in Macau’s adequate economic diversification, according to the Guangdong-Macao In-depth Cooperation Zone Master Plan.

When looking at the current juncture, Mr Cortés recalls a past statement attributed to former Macau Portuguese Governor Artur Tamagnini Barbosa in 1929, “what the authorities aspire is the substitution of certain forms of revenue – though they are common enough elsewhere, for we are anxious to do away with the revenue from such sources (…) cutting down such revenues gradually until they can be completely abolished”, Mr Cortés quotes.

Back to the future, Pedro Cortés regards the new gaming bill as an additional step for a major change in the gaming industry as we knew it, while noting that one knows that “the operators of what is one of the most comprehensive and regulated of the industries can tackle the issues in an innovative fashion”. Mr Cortés believes that “those operators will surely contribute to the achievement of what the public policy states and permit the society to achieve common and moderate prosperity”. What lies ahead for the coming ten years then? “In this context, a sustainable future is still feasible but I would not put all my chips in a huge growth in the next decade”, he concludes.

May 25, 2022
A teenage gunman killed 18 young children in a shooting at an elementary school in...
Load more